World War 2 made ingenuity and development essential. Bletchley Park, and in particular the story of Alan Turing, are key to World War 2 history. Also the Turing Machine was one of the most notable developments of its time. This piece of technology went on to decrypt the Enigma code and likewise end the war.

Getting to Bletchley Park Museum

Bletchley Park is 45 minutes drive from London. Additionally, it is also accessible via rail making making it an attractive outing for families. Furthermore, parking is plentiful. Bletchley Park Estate is also only 35 minutes drive from Oxford.
Save on your entry by pre booking online. UK tax payers can gift the entry for no extra charge too. Entry is valid for a year.

First you should visit the museum. It is a must see on your visit to Bletchley Park. The interactive site gives an insight into the technology and history of encryption.

The Turing machine was not the first decoding device. Many prototypes and devices came before it. A device called the Robinson machine interested us as it shares our last name. Unfortunately it soon became obsolete.

Next you can attempt to decode a letter for yourself or tune a radio in to hear secret correspondence. There are also rooms set up as they were at the time, so you can step back in history. In particular we enjoyed setting a code on small Enigma machine.

A history of the workers

The human element is fascinating. Tacticians used profiling to solve the encryption well before it was commonplace. In this case, thinking like the Nazi soldiers helped them to decode the messages.

Furthermore, the code breakers used theories such as ‘does the message have a common phrase or greeting?’ These commonalities subsequently allowed the code breakers to more easily see the patterns in the messages. Workers used the patterns to set the machines parameters daily. One of the common patterns found was ‘Heil Hitler’. In particular this message helped to decode the letters H, E, I, L, R and T for the day.

Bletchley Park is very hands on, which is great for families. All of the ‘delicate’ equipment is behind glass.  Conversely there are plenty of interactive displays to interact and experiment with. Additionally, the large grounds make it a great place to round around and explore.

Finally, the Bletchley Park tour is incomplete until you see the Turing machine huts. Turing machines are special because they were the first machine to use computing technology. Each machine was programmable and adaptable. Encryption changed daily, so it was essential that the machines were adaptable.

Unfortunately messages were not simple to decode. Many of the messages had spelling mistakes, were grammatically incorrect or poorly written. Human error meant that a team of people were required to interpret the decoded messages and translate them into intelligible messages.

Important messages were referred for action. Many of the messages were daily chatter however and it was a case of decoding and interpreting as quickly as possible to find the important ones.

The Allies used this intelligence to plan their attacks. They also fed the Nazis false information. Confusing the Nazis allowed the Allies to carry out their real plans in surprise.

The Allies had to be careful not to intervene too much. The Nazis needed to believe that the Enigma code was secure. Unfortunately the Allies were unable to action every piece of intelligence for this reason. They walked a fine line between changing the direction of the war and giving away their secret.

Bletchley Park is the perfect place for those nostalgic for the past. It appeals to people who appreciate brilliant minds or are interested in the history of computing. The beautiful site is interesting and the displays are engaging. It is an easy day trip from London by car or rail.

Displays are set up to accommodate large numbers of guests however it is quieter to visit on a week day. We visited on a weekend and it was busy when we went. It took us around 2 hours to see everything moving at a steady pace.

Only one Turing machine remains in working order. At the present time you can see it at the National Computing museum next door 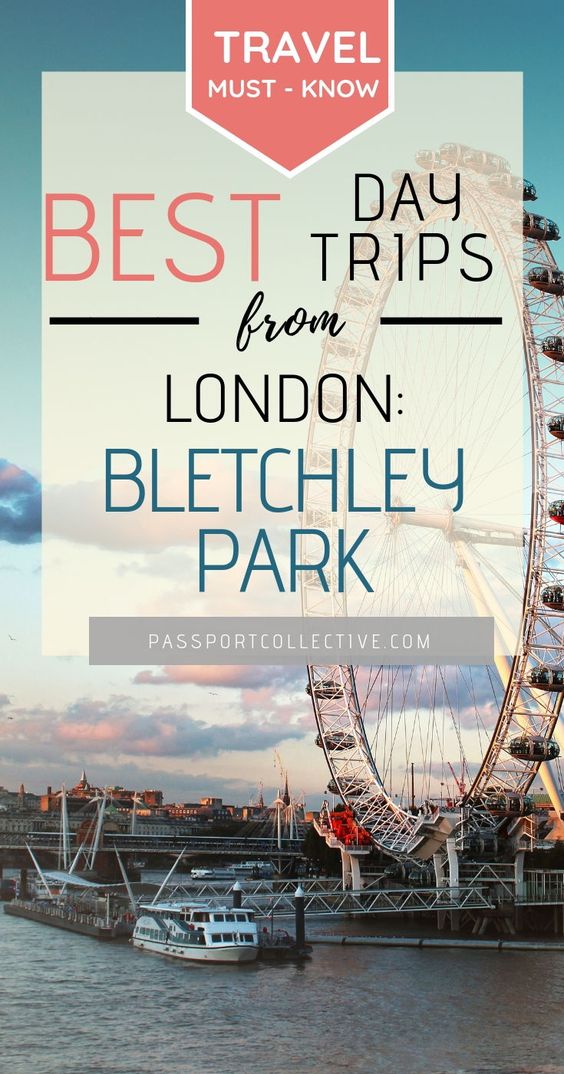 0 thoughts on “Best day Trips from London: Behind the Scenes Bletchley Park”

PASSPORT COLLECTIVE is a journal dedicated to inspiring your wanderlust and desire to explore the world – to being present in your adventures whether they be abroad or close to home. It’s about travel guides & inspiration, photography and finding the beauty in the world around us.